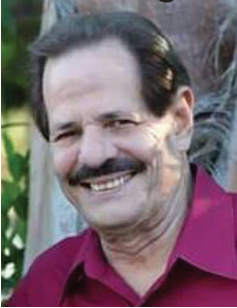 y April that he planned to close Mission Hills Bowl in a first-person, front-page California Bowling News story, his passion for the sport was plainly evident.

He wrote: “To me August 16, 1974, is a day not easily forgotten. The six months leading up to that day were filled with hard work, arguments, miscalculations, outright mistakes and a shortage of money. But in the end, we pulled it off. It was the day Mission Hills Bowl opened for business. In the forty-one years since that day, Mission has enjoyed serving millions, yes millions, of customers, a lot of whom became friends.

“With few years remaining on our existing lease and no chance at a new lease, it just isn’t possible to continue. So it is with much sadness in my heart that I announce that Mission Hills Bowl will be closing at the end of May. We invite you to come by in the next two months and say your goodbyes and perhaps conjure up memories of a better time. If you want to see me, I’ll be the one in the corner shedding a tear.”

Mossontte, a Valencia resident who owned stakes in a string of bowling centers across the Southland, died last Wednesday. He was 70.

The cause was cancer, said his son, Will Mossontte, adding that Bill had been placed in hospice care eight weeks ago.

Mossontte’s passing triggered an outpouring of affection from bowlers whose lives he touched. One after another, stories were recounted on Facebook or among friends.

Charlie Kinstler, fellow proprietor and long time friend, “Bill had a feel for the bowling business that not many of us left have… He enjoyed every aspect of it and took on the bad with the good with a fight and vigor that I truly respected. Bill and I didn’t always agree but that was what made our relationship special. We both had a mutual respect for each other as we made our way through the business of bowling. The bowling industry will miss him dearly”.

Elite bowler Craig Kisro recalled the many conversations he had with Mossontte “outside the east and west doors of Mission Hills Bowl. These usually ended up with me learning and understanding the business of bowling and things that went on in the industry much better. After the closing was announced, his biggest concern was to find a place for his employees and league bowlers to land. I knew he was happy that he was pretty much able to do so.”

Mossontte also owned stakes in Corbin Bowl in Tarzana, Valencia Lanes and Temecula Lanes, but his “heart and soul” was at Mission Hills Bowl, Will said. The closing of Mission Hills Bowl was “in the works” before the seriousness of Mossontte’s health problems was detected, Will said.

Tributes to Mossontte came fast and furious upon the news of his passing.

Typical was this Facebook post by Glendale resident Bill Snoberger: “Bill will be missed by many. In today’s bowling environment where leagues are being thrown out to the curb, Bill made certain the league bowler would always be taken care of. Bill was quite the throwback. He’s one of the last of his generation. I was honored to call Bill a good friend for over 40 years. I will miss him dearly. Prayers to the entire Mossontte family.”

About 1,100 bowlers took part in the Mission Hills Bowl league program this year. Many were of the high-roller variety, such as Johnnie Englehart, Tim Tripp, Rusty Bryant and Karl Kuntz.

Talking about the participation in his leagues, Mossontte said earlier this year: “We’re way up there. We have many more than other bowling alleys, especially in L.A. I’ve always been a big proponent of leagues.”

Mossontte liked to cite one of his favorite Mission Hills Bowl leagues called the “Friday Foxes.” That Friday-morning league of all women started when the bowling center opened and lasted until the doors closed.

“The women were all in their 20s [at the start],” said Mossontte weeks before the center’s closing, “and some women are still there. We had a lot more then, but we still have 20 to 30.”

Said top Professional Bowlers Assn. bowler Scott Norton: “He was such a lover and supporter of the game.”

Added PBA standout Eric Forkel: “Bill was a huge supporter of scratch bowling. He hosted many events at Mission Hills Bowl through the years and was really a friend of the pros.”

For a 25-year period, Mission Hills Bowl grabbed national attention when it hosted a Western Women’s Professional Bowlers tournament on an annual basis. Additionally, the center served as a site for West Coast Senior Tour tournaments six times between 2006 and 2012.

But Mossontte just didn’t cater to the pros and league players. Mission Hills Bowl also had a special-needs program and Mossontte made a special effort to help disadvantaged bowlers find a niche through the sport.

“He helped out many people – more than I’ll ever know,” said Will, who also owns a group of Southern California bowling centers. “And he did it in a way that he didn’t want recognition for it.”

Redlands resident Zack Jellsey told a story on Facebook of a particularly memorable experience with Mossontte. “I got the privilege of meeting this man about 12 years ago when I bowled a mixed doubles tournament at Mission Hills Bowl. Now the way we met wasn’t exactly ideal. I did what Zack does and put my arm through one of his doors. “Now you would think we weren’t gonna end up the best of friends over that but not at all the case with Bill. He came up to me after the tournament and let me know he wasn’t at all mad at me but had to meet me and thank me for buying him a new door. LOL “This was the only the beginning of Bill bustin’ my chops . . .” “I wasn’t all that close to Bill but I can say in the short time I knew him that I learned a lot on how to be a man, how to be respectful and respected, how to conduct a business, how to take chances and trust your heart, and how to be a great father, person and friend.”

Will Mossontte said his father was no pushover, often displaying a tough side. “He could beat you up, but at the end of the conversation, you felt good about it,” Will said.

Ronald Plander, Mossontte’s business partner at Corbin Bowl, said that Bill was not only a great partner but also his best friend. “Bill lived for the bowling industry; it was his passion. He not only was constantly improving his centers and his customers’ experiences, but also was heavily involved in the Bowling Proprietors’ Association and helping out and advising other proprietors and managers. The Southern California bowling industry has suffered a great loss with his passing and he will be truly missed, especially by me,” Plander said.

Top PWBA bowler Paula Vidad, the general managing partner at Revolutions Barstow Bowl, paid tribute to Mossontte on her Facebook page. “Not only was he my mentor in opening and operating Barstow Bowl, but Bill was a wonderful person and friend. Bill has left us in a physical form, but his spirit and legacy will live on here in Southern California,” Vidad posted.

Mossontte frequently acknowledged that he got a lot back from the sport to which he gave so much. “The best friends I’ve made have been bowlers – without question,” he said.